Posted at 11:36h in Hazards by Malcolm Romano 0 Comments
0 Likes 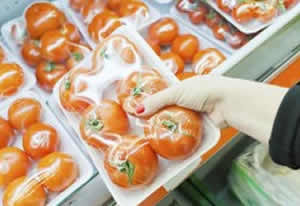 From cloth and paper (cellulose) in ancient times, to glass, metal and plastics in modern day life, food packaging has undergone profound changes in the past 50 years. We have been provided with ever more lighter materials that make it easier to open, store, reseal, preserve, protect and dispose of our food. However the use of some of these materials has come at a cost both environmentally and on human health. The impact of plastics on the planet for example has been well documented and consequently led to the green movement in more recent times. The discovery of the Great Pacific Garbage Patch – a collection of tonnes of plastic that is trapped in the North Pacific Ocean is one such example that is having a devastating impact on marine wildlife.

Chemicals of concern in food packaging are:

I will add to this list with each edition of the Healthy Home Newsletter.

Many companies of plastic products have reacted to consumer concerns by replacing BPA with other (non tested) chemicals. Many of these chemicals including bisphenol-S are showing endocrine activity in animal studies that are higher than that seen in BPA. Consumers should be demanding products that are estrogenic activity free. EA free is the new BPA free.

My twins brought home these wondeful plates they had painted for my Xmas present. It was made from melamine. Melamine is increasingly used in dinnerware and unlike plastic, is not derived from petrochemicals and has all the benefits of plastic without the hormone disrupting effects. Melamine is used in the production of melamine resins, typically by reacting it with formaldehyde (a known carcinogen). It has many industrial uses, including in the production of laminates, glues, adhesives, moulding compounds, coatings and flame retardants. Unfortunately, it has a sordid history: first it caused kidney failure in Chinese children who drank infant formula from which it had been illegally added to, and then in 2007, there was a large outbreak of renal failure in cats and dogs in the USA associated with ingestion of pet food found to contain melamine and cyanuric acid. A recent 2013 study, found traces of melamine in food (Chai-Fang, 2013). The World Health Organization concluded that there was sufficient evidence that melamine can act as a carcinogen in animals, but inadequate evidence it acted the same in humans (WHO, 2008). My take on it, is to avoid it if you can.

When I studied naturopathy in the late 1980s, poor nutrition and its relationship to chronic disease was given little attention by the media or the medical profession. How times have changed! More recently however, concerns are being raised by the chemicals used in non stick cookware namely perfluorinated chemicals – PFOA and PTFE. Perfluorinated chemicals (PFOA) used in non-stick cookware, food packaging and stain repellant clothing have been linked to attention deficity hyperactivity disorders in children (Gump et al, 2011 and Stein and Savits, 2011). Recent studies indicate they may act as hormone disrupters and delay the onset of puberty (Espinosa et al, 2011) and bring on early menopause (Knox et al, 2011). As a result of the fact these chemicals have been found in over 90% of the adult population, Du Pont the manufacturer has been forced to phase them out but is unwilling to do so until 2015. This has not prevented a $107.6 million class-action settlement from 70,000 Washington residents whose drinking water was polluted by PFOA against DuPont Company. Read more...

ABS is an amorphous thermoplastic blend consisting of 15-35% acrylnitrile, 5-30% butadiene and 40-60% styrene commonly found in some water bottles and filters (PI Mag by Nikken) amongst other uses such as helmets, plastic furniture, car components, TV casings, radios, control panels… It has been classified by the International Agency of Research on Cancer as possibly carcinogenic to humans.

Healthier Ways to Store Your Food

Click here for tips on how to live plastic free.