Posted at 22:44h in Hazards by Malcolm Romano 0 Comments
0 Likes 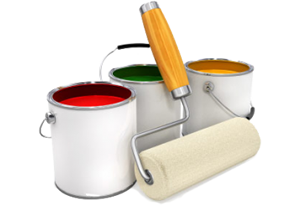 The language of paint can be confusing to the uninitiated. There are many terms that describe essentially the same thing and others are used interchangeably. For example acrylic, vinyl and latex paints are all called water based paints. All paints consist of a solvent, however, solvent-borne paint is the name given to oil based paints also known as enamel paints or alkyd based paints. Under the ‘paints’ banner are also polyurethane, 2-pack and epoxy, varnishes, undercoats, sealers, primers, and paint strippers. Finishes of paints can be equally confusing with the terms gloss, semi gloss, high gloss, matt, satin, flat, and low sheen also used interchangeably. Many paint companies use different terms to describe the same thing in order to create a level of ‘uniqueness’ that they can market to consumers. Intellectual Property laws also protect these companies from being specific about the ingredients in their products.

Listen to my podcast interview on The Good Doctors on the heavy metal lead.

The paint industry has seen significant changes since the removal of the heavy metal lead and more recently with the reduction of volatile organic compounds. As Europe tightens its elimination of toxic chemicals through the REACH Regulation, leading paint companies are forced to remove toxic chemicals in order to comply with ecolabels andto be able to continue to sell into the European market. In Australia no such changes are happening and as usual, we are set to become a dumping ground for yet more of these toxic chemicals. This is further complicated by the regulatory system in Australia which allows manufacturers to hide their ingredients under ‘trade secrets’.

The toxic chemicals that will soon be banned in European paints are:

Selecting paints and finishes that do not adversely affect indoor air quality and the health of the occupants is an important part of working as a building biologist – a rapidly expanding and exciting growth industry.