Posted at 22:08h in Latest by Malcolm Romano 0 Comments
0 Likes 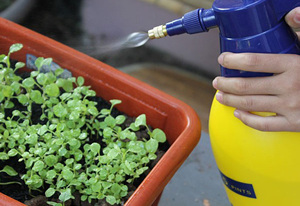 Pesticides are ubiquitous – there is virtually no where on this planet that you cant find them. When you consider that less than 0.1% of the pesticide actually reach their target pests, leaving 99.9% to move into the general environment you can see now why – through the process of global distillation – DDT was found in the livers of Polar Bears despite the fact that crop dusting had occured thousands of kilometres away. Rachel Carson, a US marine biologist and author of Silent Spring (1962), was the first to question the impact pesticides were having on the wildlife in the 1950s and 1960s. Despite huge resistance from the chemical industries and government officials, her work led to a national wide ban on DDT and other types of pesticides and to the development of the US Environmental Protection Agency. We now know, many of these chemicals were endocrine disrupters (hormone disrupting chemicals). In the early 1990s, scientists in Florida noticed that the male alligators had small penises in a contaminated lake in Florida as a result of exposure to DDT and other related pesticides.

A pest is an organism that is found in the wrong place at the wrong time (Rogers, 2005).

So where are they in your home?